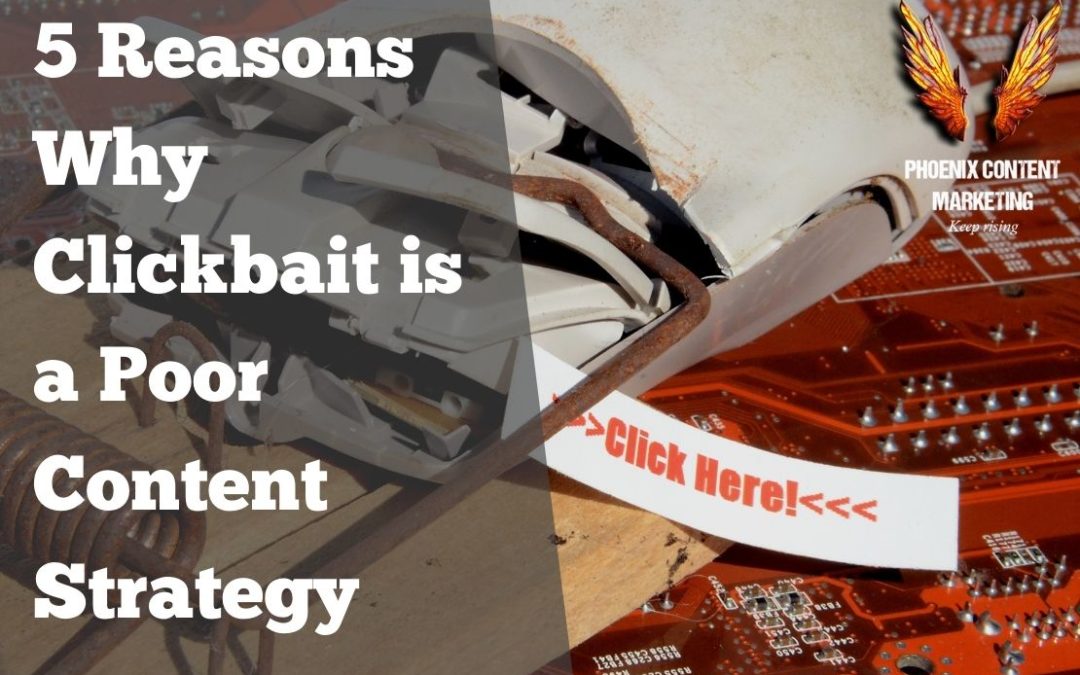 We’ve all seen it. You know what it looks like. You know how it works.

‘Try this ONE Trick and NEVER Worry About Your Weight Again’

“Why You Don’t See This ‘90s Child Star in Movies Anymore!”

And we’ve all clicked on it.

Clickbait is still ubiquitous. You’ll see it on your facebook feed, and you’ll see it advertised on content that you’ve actually sought out and searched for.

Every time I make the mistake of clicking on clickbait, I know that I’m going to lose hours of my life, and I’m not really going to be learning anything or doing anything constructive

And it leads me to think; Does it actually matter whether your content is helpful and informative? Or do clicks and numbers rule the roost?

As a HubSpot-certified content writer, I couldn’t help but think about it. Basically, is clickbait a good content strategy? And will clickbait help your business in the long term.

What is clickbait anyway?

Clickbait is  highly viral, eye-catching, misleading, full of sensationalist headlines (“This guy put some bread in a toaster. What happened next will SHOCK you,”), listicles and the like. Think of places like Upworthy, for example.

It doesn’t exactly deliver much in terms of content. It’s very much style over substance, with some of its more deplorable examples being posts with multiple pages for single items, and riddled with intrusive pop-up advertising.

It’s also very bait-and-switch, it was absolutely everywhere for a while, and because of its ubiquity, you’d be forgiven for thinking that anyone saying that it works is correct, and that it works every time.

And time was, it did.

Thankfully, people have started to wise up to clickbait. People search out web based content because they have specific questions that they want answered, and while procrastinating on the internet never dies, there’s your Facebook or Twitter feed for that.

But just in case you’re toying with the idea of clickbait to help drive traffic to your blog or business, I’ve put together a little list of why using clickbait is a poor content strategy.

Five reasons why clickbait is a poor content strategy

Aside from being really annoying, clickbait isn’t helpful for expanding your business, it isn’t helping you establish industry authority, it’s probably ruining your SEO and your google rankings, and worst of all, it’s dated. Let’s go into a little more detail.

Clickbait makes your analytics next to useless

Firstly, let’s look at this from a point of view of analytics. Say for example that the directors of the company want to know how well the site is performing, and you’re called into a meeting to explain things.

It might sound really impressive to be able to say to them that you’re getting 10,000 hits a day, but it’s not the whole story. They’re going to want to know more than that. They’ll want to know, for example;

How long are they staying?

What are the demographics of those visitors?

Where do they live?

If you’ve figured out who your buyer persona is, clickbait is useless in attracting that ideal customer. Clickbait by its very nature casts a really wide net to attract as many people as possible.

Pssst! This blog goes into a bit more detail about why aiming your content to the right people is so important.

And muddled demographics data will also matter if you’re trying to sell ad space to marketing and advertising agencies. They want clearer data to target ads to customers, and they can’t do that with numbers driven by clickbait.

And that’s one way clickbait isn’t helpful. Basically, you might have impressive numbers, but they’ll be impressive in all the ways that don’t matter, making them meaningless.

A bounce rate refers to the percentage of visitors you have to your website that leave without taking any kind of action, like clicking on links, filling out forms, or making a purchase.

A high raw number of visitors attracted by clickbait can initially look good, but looking more in depth at the numbers in the analytics can tell a very different story. People are turning up, and with no content being helpful or engaging, they leave very quickly.

It should go without saying that a high bounce rate is bad news for you. They’re not converting into customers, and they’re obviously not engaging with your content, leaving them with a bad impression of your business.

At best, that means those visitors who showed up and left quickly won’t come back. At worst, they’ll tell other people not to visit your site.

If you want to grow your business and your brand, you need to build brand loyalty. You don’t just need people to find your site, you need them to enjoy their time there, and importantly, you need them to return when they need your products or services again.

Clickbait doesn’t do that. Clickbait misleads, uses hyperbolic language, wild promises and is worded deliberately vaguely. It’s designed to attract a first time audience, not to get people to stick around.

Reading a piece of clickbait is deliberately designed to be like a game, forcing an audience to guess the final result, and stringing them along to reveal the correct answer. The only way to get to that result? Clicking through to the end.

As a content marketing strategy, it’s pretty poor. You’re attracting a wide cross section of people, sure… But the large majority won’t be interested in you or your products and services. They just want to click through to the end and find out ‘…what happens next?!’

Clickbait generally doesn’t live up to an audience’s expectations, and this ties in with the above two points. Disappointing content leads to a high bounce rate, which leads to poor engagement with your site.

Putting out vague, sensationalist and misleading content is also one of the easiest ways to really irritate an audience and get them to stop trusting you. Nobody likes being lied to, and people attracted to your site via clickbait will feel lied to.

Pssst! This blog discusses why your content not delivering on the promises of the headline is such a bad idea.

So not only will you get the reputation as a company whose content doesn’t answer potential customers’ questions, you’ll also be the company who isn’t above lying to people for clicks.

Don’t be that guy.

And finally, one of the very worst things you can be in the fast moving world of online content marketing is behind the curve. If you’re using clickbait to attract people to your site, you’re definitely yesterday’s news.

Clickbait has been around for a loooong time. It’s part of the previous generation of the internet tapestry. It belongs with things like the hamster dance (and I know it was cute, but it got old quickly).

Why would you want to have your business associated with the way things used to be? Your potential customers are going to want to feel like you’re up to date, and that you have your finger on the pulse.

If you  want to convince anyone that you’re either of those things, then clickbait is a poor content strategy to adopt.

One of the things that Clickbait got right in its heyday is the power of viral marketing. Old clickbait articles would be shared thousands and thousands of times, and they generated huge amounts of traffic.

Seeing how effective that was, a lot of people and companies adopted clickbait style tactics to help generate traffic.

And that was fine for the times. We were still figuring out a lot of what worked and what didn’t in terms of online, inbound and content marketing.

Clickbait isn’t helpful now, for the reasons discussed above. But there’s a definite skill to writing a sensational, attention grabbing headline. It’s a skill you should nurture. You do still want to catch a potential customer’s eye.

Skip to the end…

And there we have it, why clickbait is a poor content strategy. I’m sorry there’s nothing in this post that shocked you, and I’m pretty sure that you did believe what came next. Move along, nothing clickbait-y to see here, folks.

A decent content marketing strategy at its heart is supposed to stimulate interest in your company, its products and its services without being explicitly salesy. It’s not a gimmick. It’s a proven and effective way of doing things.

Staying away from gimmicks works, and people respond to authenticity. Be authentic. Create and share content that answers your potential customers questions, and you’ll build relationships, trust and authority.

If you have any more questions about this topic or any others I’ve covered, please feel free to get in touch.

You won’t believe what will happen next… 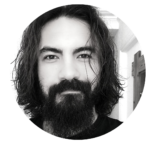